Whether you work in the field, spend time on the road, or are just one of those klutzy types, many of today’s devices are designed for those who require tougher tech.

And we’re not just talking smartphones that can withstand bumps, knocks and drops, but they must also be able to handle Canada’s varying temperatures throughout the year – from sweltering summers to teeth-chattering winters, and everything in between. Rugged phones are also waterproof in case it rains, snows, or is dropped in liquid for a short period of time.

These durable devices also let you conduct your business wherever that may be, whether it’s an extra loud speaker so you can hear your coworkers while working near machinery, touchscreens that work with thick gloves, or a handy Push-To-Talk button on the side for TELUS Link, a walkie-talkie-like feature, for effortless communication.

Wireless City offers an assortment of rugged phones, in a variety of form factors, including the
Kyocera DuraXE.

Available now for $130 on a 2-year term, the Kyocera DuraXE can best be described as a rugged flip phone for those who like a compact, straightforward device for talking – including support for TELUS PTT feature – but not so much for those who want texting, data or apps.

In short, it’s an ideal phone for supplying to team members in the field. In fact, it can be combined on a share plan with other (and more advanced) phones, so not all team members are forced into a phone that doesn’t fit their role or environment.

With its Military Standard 810G rating, the Kyocera DuraXE has a tough exterior body that’s like armour against extreme hot or cold temperatures, heavy rain, fog and humidity, solar radiation, low pressure, shock, dust, and vibration. What’s more, Hazloc protection keeps it safe from gaseous fumes and flammable conditions on hazardous sites. If it gets dropped in water, it can be fully immersed for as long as 30 minute, as deep as six feet. 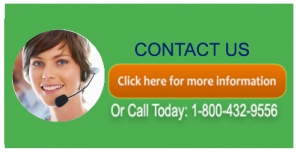 Latest Articles from Our Blog